In formerly Tartesian territory; Roman settlement for Italian colonists; home of emperors Trajan and Hadrian; with a well-preserved theater, amphitheater, and residential neighborhoods

Sculptures, mosaics, and other finds from Italica can be found at the Museo Arqueológico de Sevilla and at the Palacio de Lebrija. Collection highlights are on the Seville Destinations page. 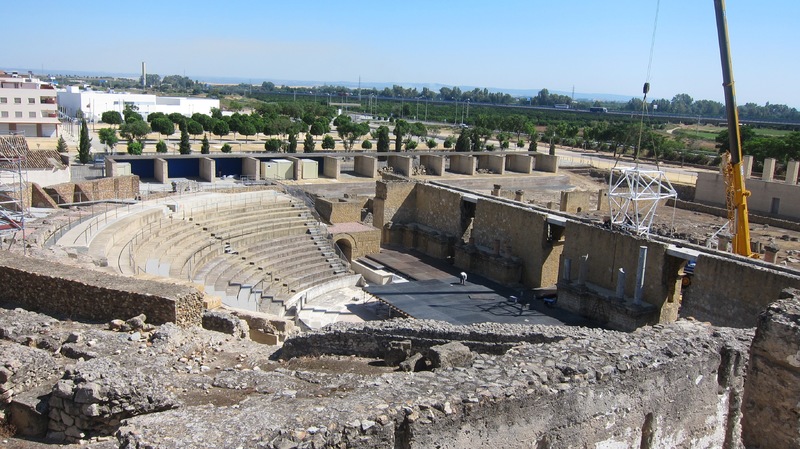 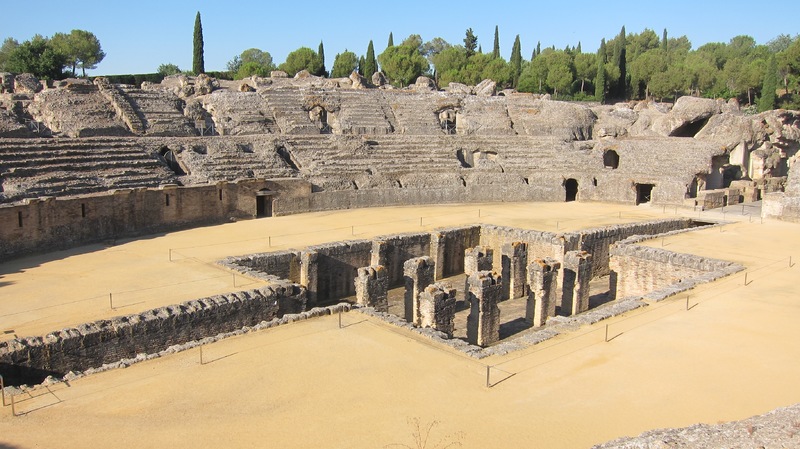 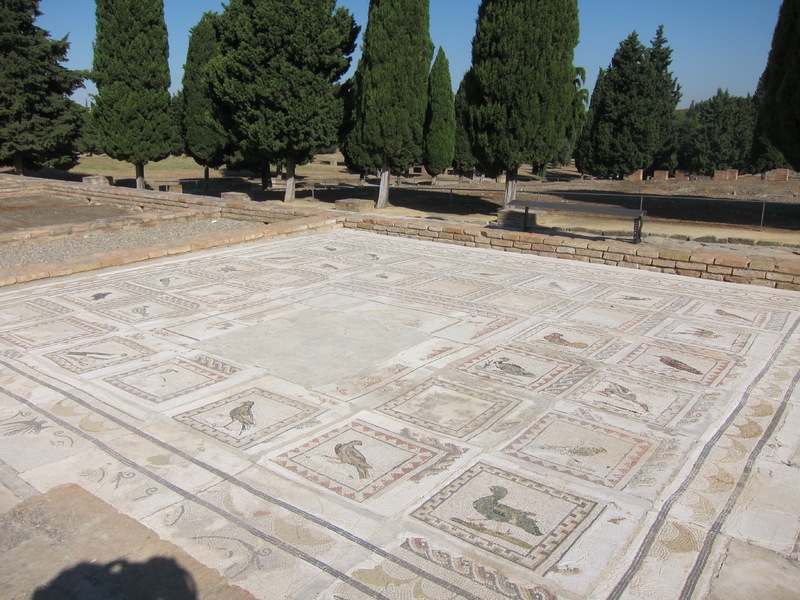 House of the Birds 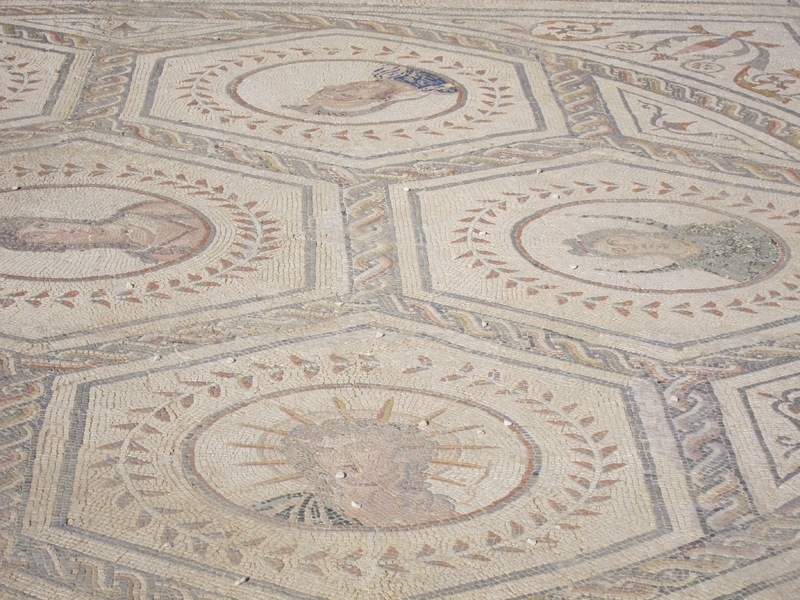 House of the Planets: mosaic with gods of the week 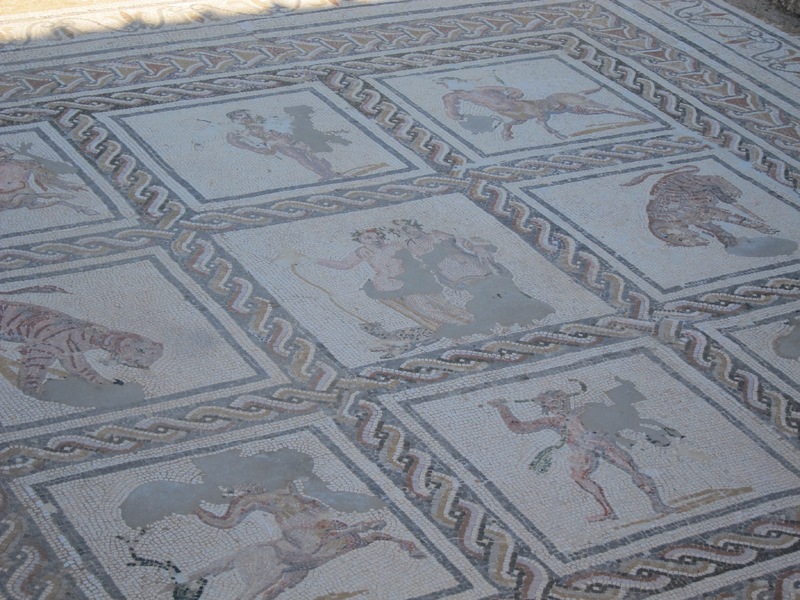 House of the Planets: mosaic with Dionysus