Rome's port complex where the Tiber river meets the Tyrrhennian sea; the city (Ostia) is well-preserved; the port area (Portus) was developed by emperors Claudius and Trajan and lies just to the north

Ostia-Antica: one of the first websites built by specialists for an archaeological site

Coins depicting Portus were minted as far away as Lyon (additional coins can be found on the Bay Bottles page, under "Motifs: Architecture on Coins").

A relief sculpture in Rome's Torlonia Collection represents Ostia/Portus and has traces of original paint.

Ostia-Antica: Guide to the Stations of the Forum of the Corporations

view across the portico complex to the adjacent theater 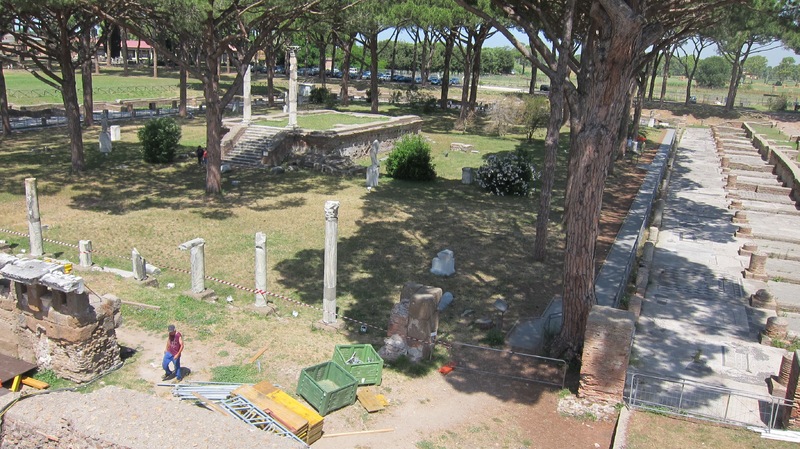 view of the portico 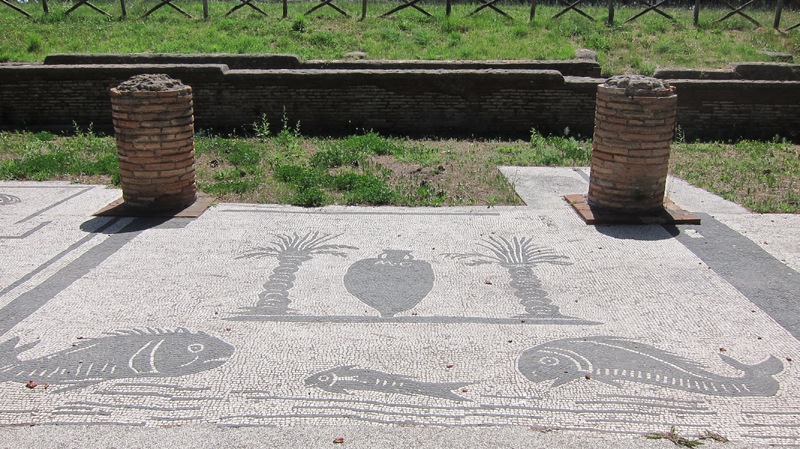 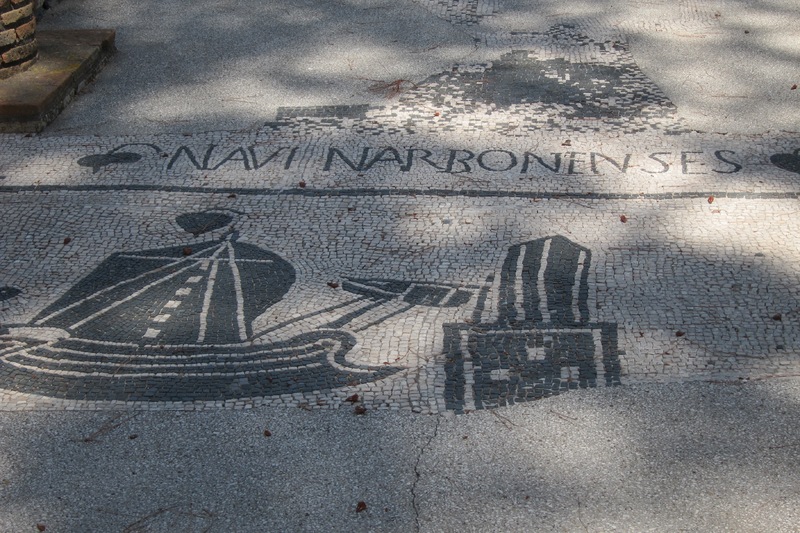 Station 32 | ship, tower, and a label referring to shippers of southern France (the city Narbo or the province Gallia Narbonensis) 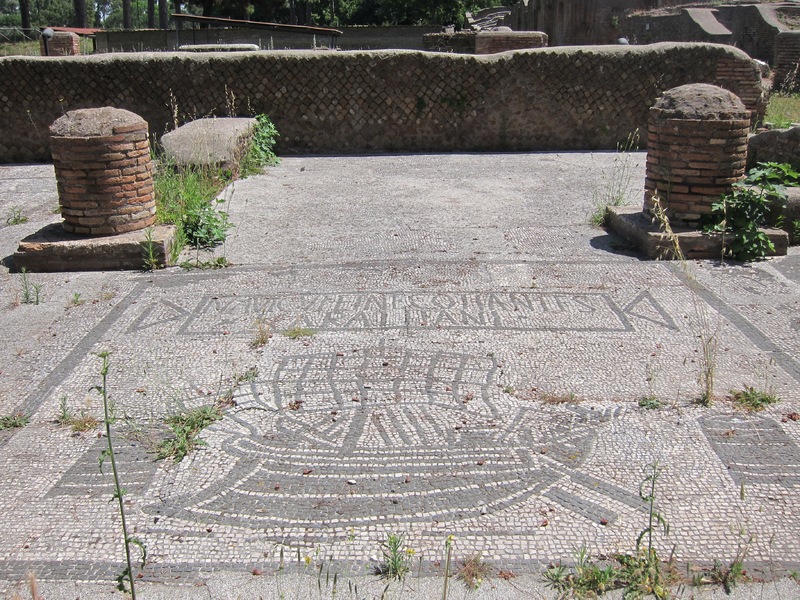 Station 21 | two grain containers, a ship, and a label referring to the shippers and merchants of Karalis (Sardinia) 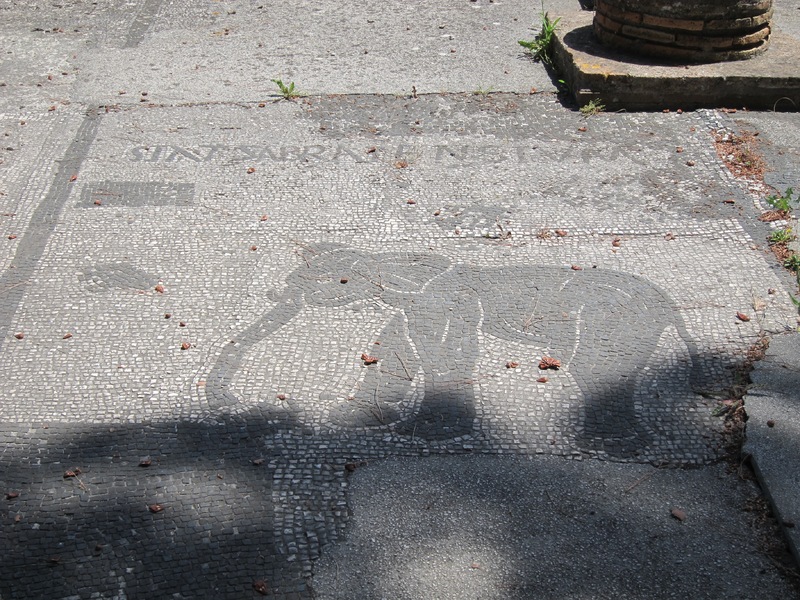 Station 14 | an elephant and a label referring to the station or office of  Sabratha, Libya 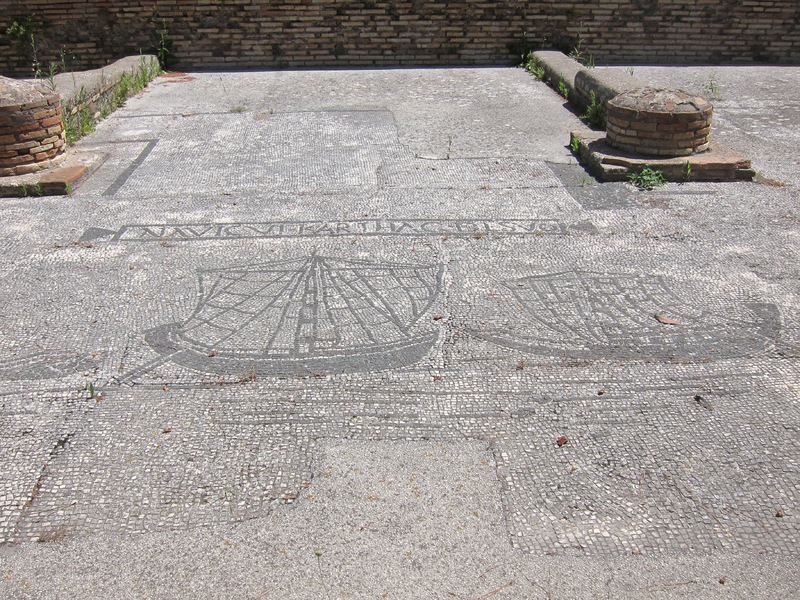 Station 18 | fish, two ships, and a label referring to the station or office of Carthage (Tunis), Tunisia 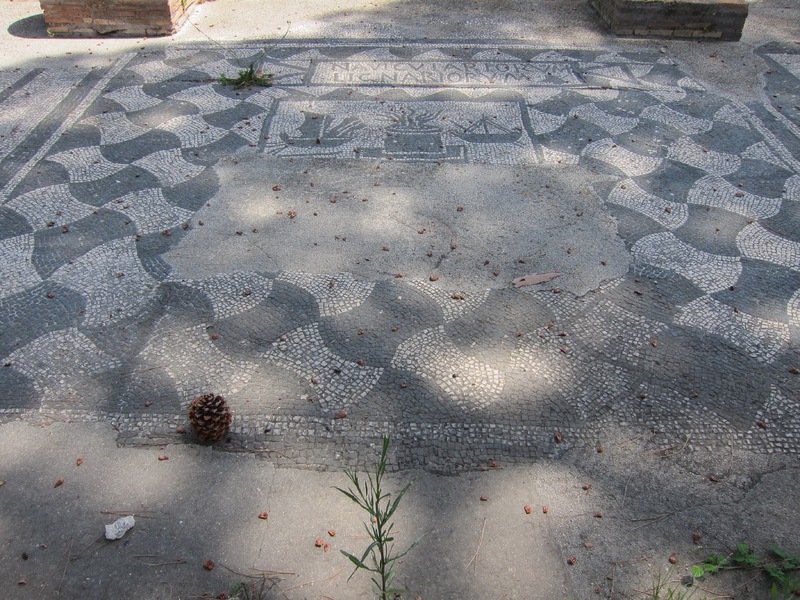 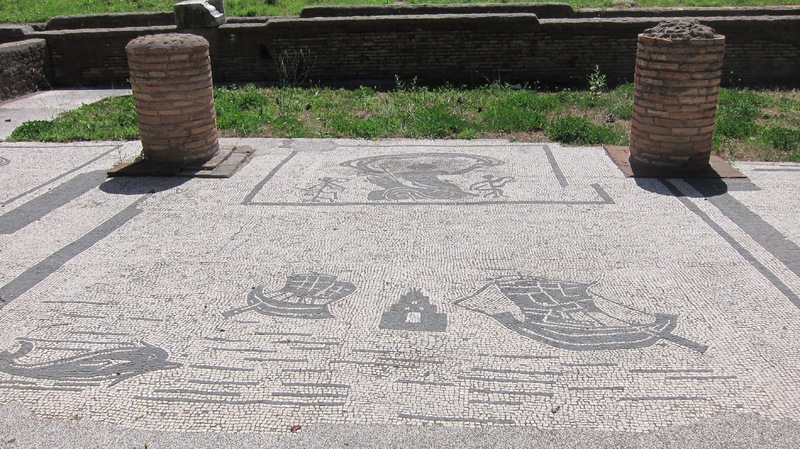 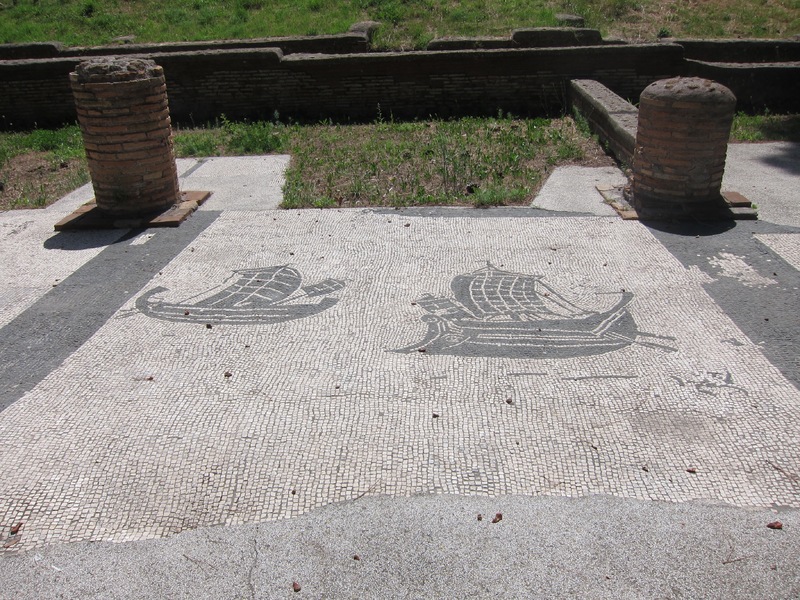 Station 47 | two ships with no label